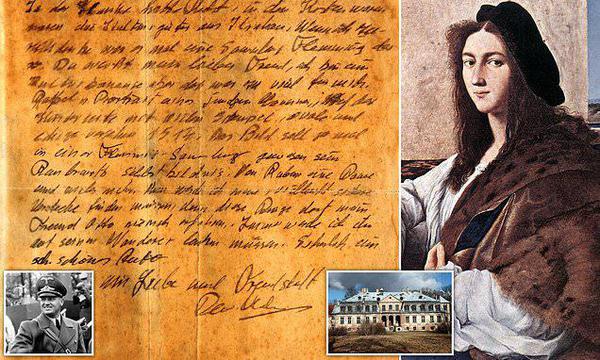 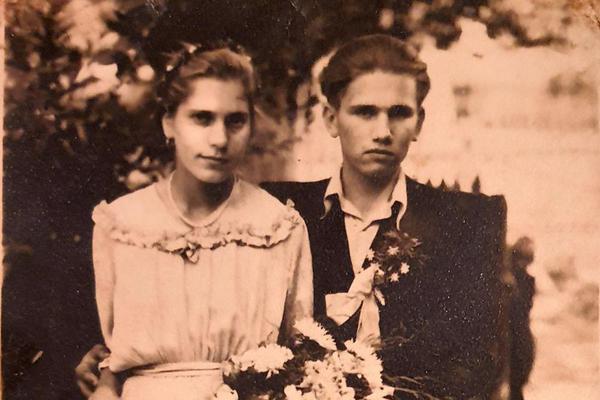 When Wawrzyniec Kulig volunteered to be sent to Auschwitz to save his pregnant wife, he knew he was facing certain death. Learning of her arrest for helping a camp escapee, the desperate 36-year-old did the only thing he could think of - offered himself in exchange for her release. The Germans agreed, his wife was released and gave birth to a baby girl a few days after. But less than three months later, Wawrzyniec was taken to the camp’s execution wall and shot dead. An escapee from Auschwit 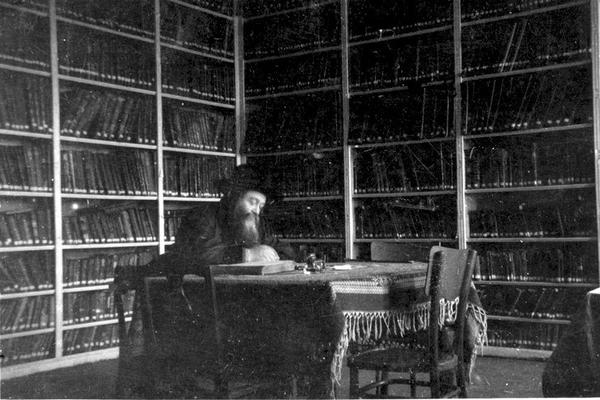 A World War Two mystery has come a step closer to being resolved after two books from the lost religious library of what was once the largest Talmudic school in the world were returned to Lublin. The religious books from the original collection in the Chachmei Lublin Yeshiva were found in a university library in Berlin by one of its employees. Both copies bear the stamps of the Yeshiva library. Agnieszka Litman, an animator of the Lublin branch of the Jewish Religious Community in Warsaw, said 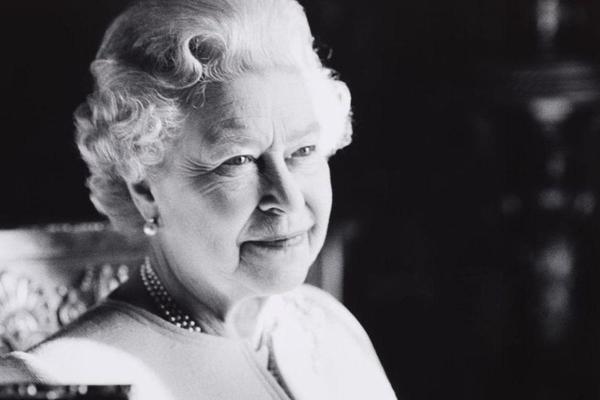 The death of Britain’s longest serving monarch has sent shock waves around the world. In Poland, the country’s president Andrzej Duda said: “My deepest condolences to the Royal Family and all the British people on passing of Her Majesty The Queen. ”For decades she has been an embodiment of everything that makes Britain truly Great. She will be missed and remembered in Poland and all over the world.” Poland's Ministry of Foreign Affairs also tweeted on Thursday that it had learnt of UK head of 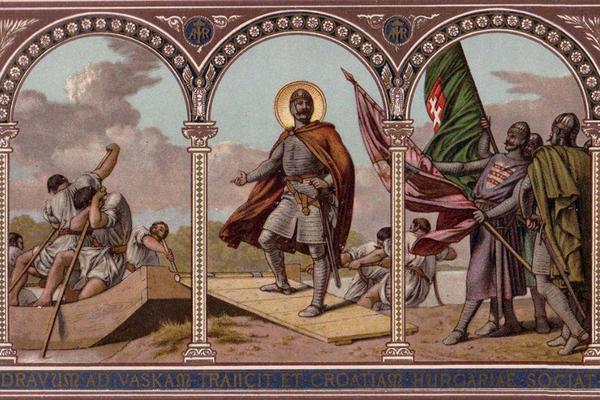 Remains of Polish saint discovered in ‘the Hungarian Taj Mahal’ 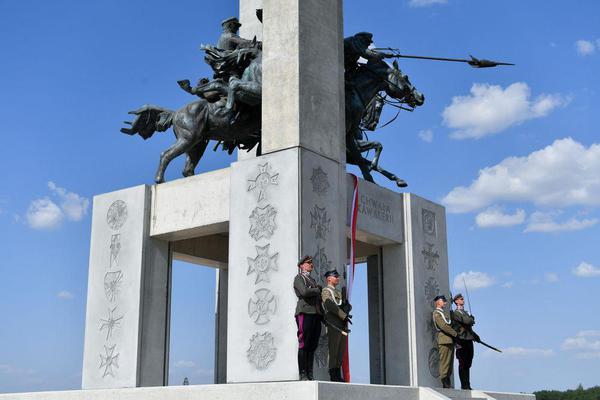 A huge monument commemorating one of the last ever mass cavalry charges in history was unveiled yesterday in Wolica Śniatycka near Zamość. In this way, one of the most important clashes in Poland's struggle for independence, the Battle of Komarów in 1920, was remembered on its 102nd anniversary. On August 31st, 1920, the Poles, commanded by Colonel Juliusz Rommel, defeated Semyon Budyonny's 1st Cavalry Army. The clash between the Polish Army and the Red Army at Komarów in 1920 is described as 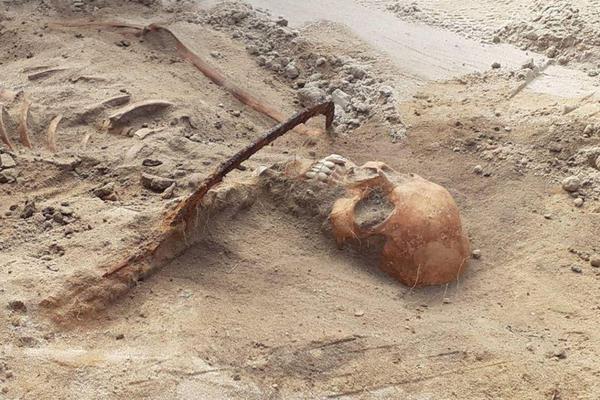 Remains of ‘female vampire’ found with sickle across her neck

The skeleton of what archaeologists believe may have been a 17th-century female vampire has been discovered near Bydgoszcz. The team of researchers from the Nicholas Copernicus University in Toruń found that the body in the village of Pień had a sickle placed over its neck, which they say would have been to prevent her from returning to mortality, and a padlock on the big toe of her left foot. According to expedition member Magdalena Zagrodzka, the find is a first for Poland. “This is a unique 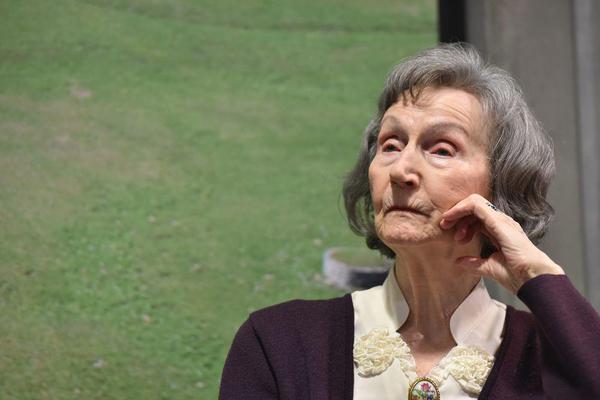 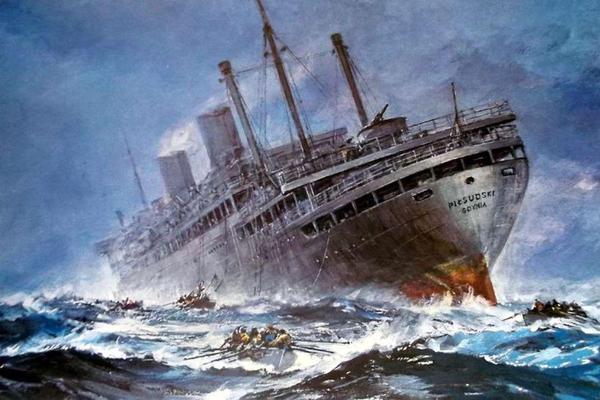 The Polish Titanic: TFN explores the sinking of the MS Piłsudski

As the pride of the Polish passenger fleet, the MS Piłsudski became a symbol of the country’s access to the sea following independence – however, for many others it will irrevocably be known as ‘the Polish Titanic’. During the interwar years, it was regarded as Poland’s floating embassy, carrying passengers to New York in state-of-the-art luxury. After the outbreak of World War II, it was fitted out to serve as a transport ship but sank during its first military voyage. It was the largest Poli 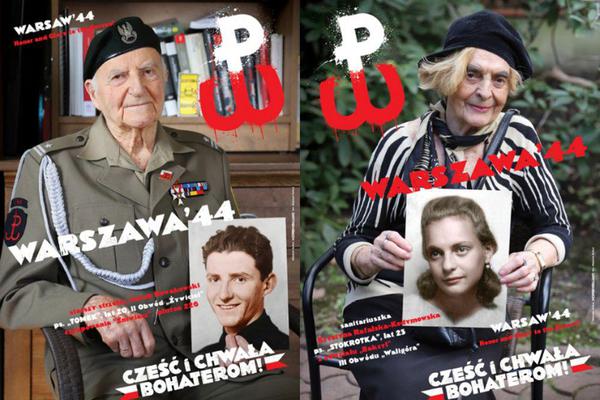 Some of the last surviving Warsaw Uprising insurgents are being honoured in a series of posters that have appeared throughout Warsaw to mark the 78th anniversary of the outbreak of the Uprising. The posters by prolific contemporary poster artist Wojciech Korkuć are united by the slogan ‘Honour and Glory to the Heroes’. One of the insurgent heroes to feature this year is Juliusz 'Julek' Kulesza, the last surviving defender of the Polish Security Printing Works (PWPW), a key insurgent stronghold 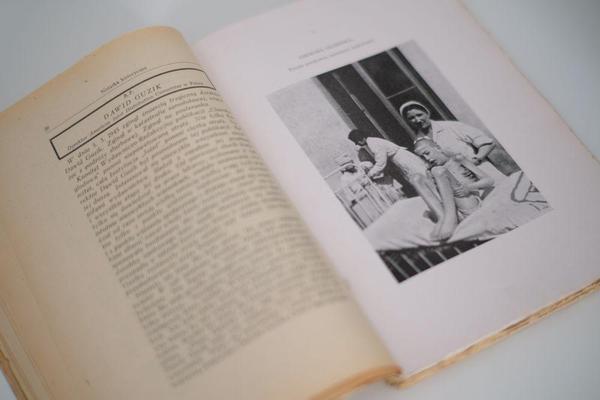 In addition to the many diabolical methods the Nazis came up with to achieve their goal of the Final Solution, which included torture, hard labour, executions and gassing, a slower but equally effective tool was starvation. Introducing food rationing in Occupied Poland in January 1940, the Germans made sure that the Jews were assigned the lowest rations. The official daily calorie allowance in Poland was 2,600 kcal for Germans, 699 kcal for Poles, and just 180 kcal for Jews. The policy was ca 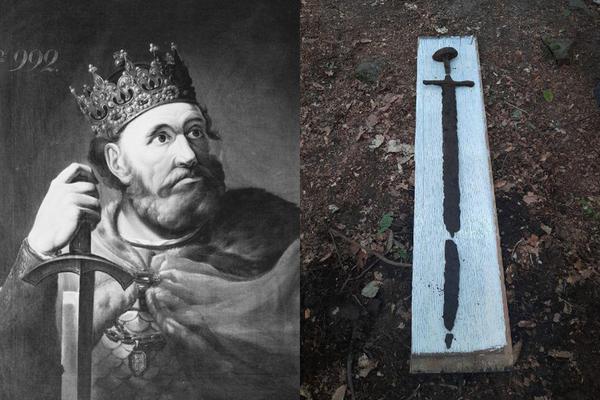 Sword from reign of Bolesław the Brave found at secret site

A 1,000-year-old sword thought to have belonged to a knight in the service of Poland's first king Bolesław the Brave has been found in Lower Silesia. Described by archaeologists as a ‘sensation’, the metre-long weapon was found on Monday in Lewin Kłodzki by three local history enthusiasts searching the area. The exact location where Konrad Oczkowski, Karol Orman and Beniamin Stawnicki made the discovery is being kept a closely guarded secret to deter treasure hunters from spoiling the archaeol 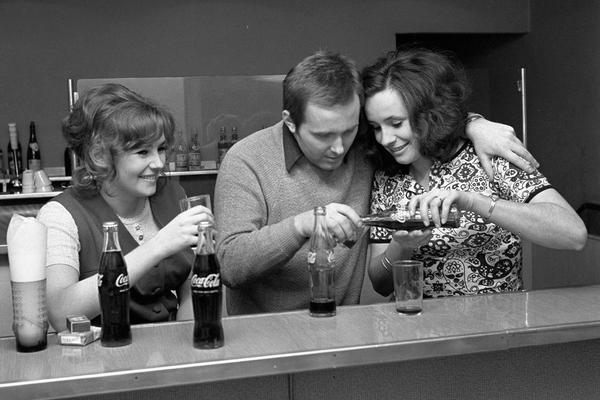 Coca-Cola arrived in Poland 50 years ago this week

In the first two decades of communism in Poland, Coca-Cola was seen by the authorities as a symbol of ‘rotten capitalism’, ‘liquid imperialism or even the dreaded ‘Colorado potato beetle on a bottle’. So, when the drink first rolled off the production line at a brewery in Warsaw 50 years ago this week, it marked a huge change for ordinary Poles, for whom Coca-Cola quenched their thirst for freedom, albeit symbolically. For the communists, the drink ushered in socialism with a human face. On 2 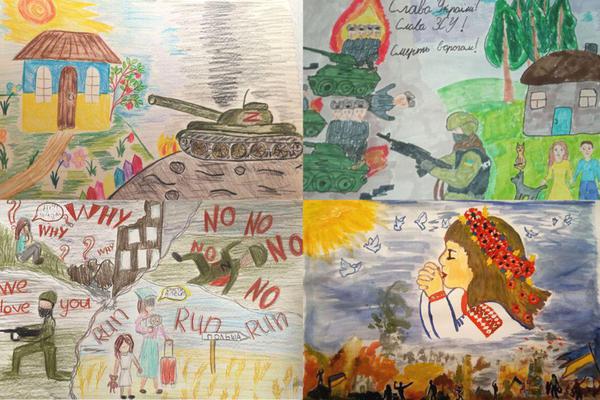 An exhibition of artwork by Polish and Ukrainian children showing the terrifying similarities of today's war in Ukraine with World War Two goes on display throughout Poland from Tuesday. The exhibition ‘Mummy, I don't want there to be a war, a Polish-Ukrainian archive project’ at State Archives institutions across the country, shows drawings made today by young Ukrainians alongside works by Polish children that were created in 1946. The contemporary drawings by Ukrainian children about the war 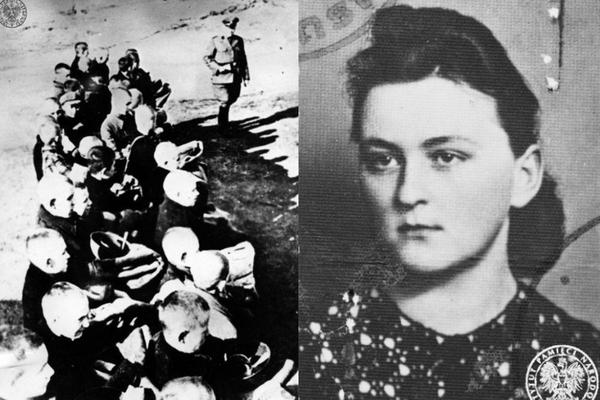 The Nazi German concentration camp set up specifically for Polish children in Łódź is known as Little Auschwitz for good reason. While there was no Zyklon B, gas chamber or crematorium, the children were expected to die from a carefully calibrated regime of starvation, beatings, torture and exhausting work. It is estimated that as many as one third did not survive. Overseeing this regime of terror was a group of exceptionally brutal guards. In the numerous testimonies of the surviving children 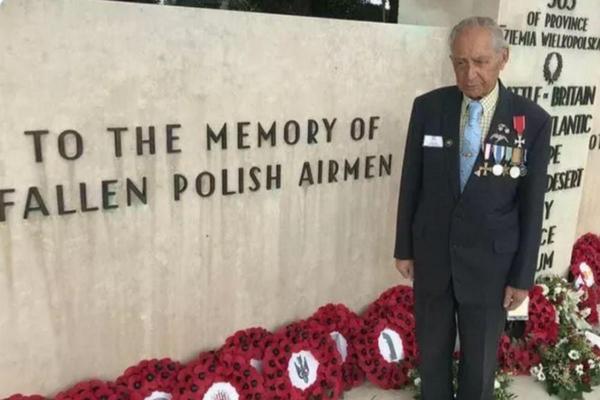 A decorated 100-year-old Polish war hero who flew bombing missions against the Germans has been robbed of his medals as well as jewellery and savings at his home in London. Three men posing as water inspectors blagged their way into the home of former RAF tail gunner Jan ‘Black’ Stangryciuk and his wife Jadwiga in the London borough of Ealing last week. While one of the thieves kept Jadwiga occupied in the kitchen, the other two combed the flat for valuables, searching through every draw and c 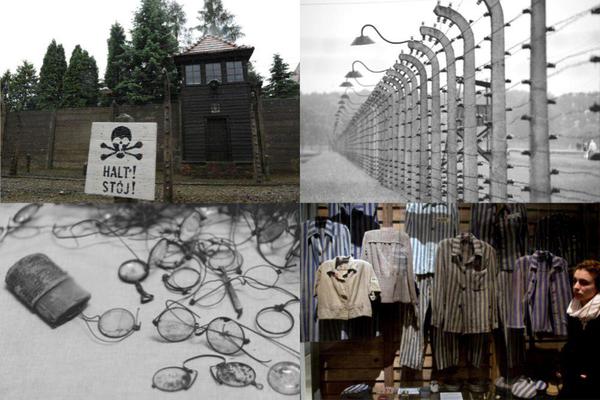 A photo album illustrating the history of the Auschwitz Museum has been published to coincide with its 75th anniversary this month. The album '75 years of the Auschwitz-Birkenau Museum and Memorial' is divided into six chapters: the creation of the museum, survivors at the memorial, the preservation of authenticity, education and remembrance, visits and caretakers of the memorial. Photographs illustrating events in the museum's history are accompanied by quotations from letters and entries in 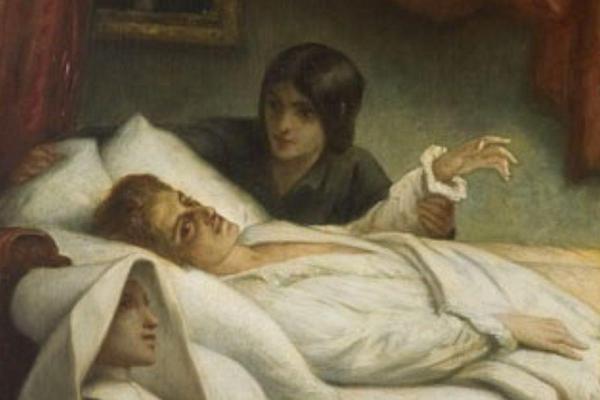 Bronze cast of Chopin’s deathbed hand goes on sale for £18,000

A cast of Chopin's hand made from a mould taken on the day of the composer's death in 1849 has gone on display in the UK as part of a sale of classical music treasures at London Art Week. One of several casts made by French sculptor and friend of Chopin, Auguste Clésinger, the cast is unique in that it is the only one with the sculptor's signature on it. Clésinger made the touching bronze cast using a chiselled technique, meaning that the surface has a deliberate rough texture.The Fryderyk Cho 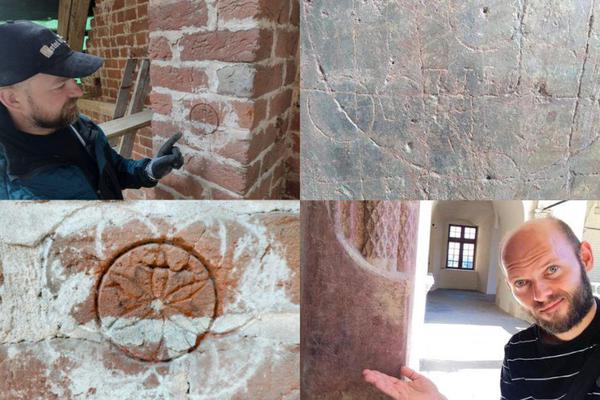 Spooky ‘magic circles’ used to ward off evil spirits have been found hidden in plain sight at different ends of the country. The first of the geometric apotropaic signs - from the Greek word for defence – were uncovered last month during restoration work of an old cathedral in Kamień Pomorski. The most recent discovery was made this week in Kraków’s Wawel Castle 700km away. Believed to protect people or animals from witches’ curses, one of the symbols found in Wawel castle was carved on the s
Load More Articles
Close ✕